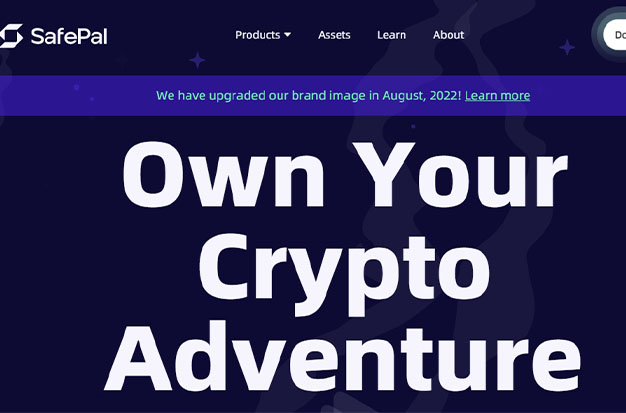 We were inspired to write this SafePal review because the hardware wallet has received so many positive reviews.

Your private keys should no longer be kept on a device that is connected to the internet due to the rise in cryptocurrency popularity and price. A piece of malicious software that spreads your information online could cause you to lose all of your coins.

With hardware wallets making such great strides in security, safety, and privacy, cold wallets have recently become more and more popular. One of the most widely used cold wallets is SafePal, which uses an air-gapped device to keep your assets secure and your private keys safe from theft.

Dedicated to giving the general public a safe and simple platform for managing their cryptocurrency, SafePal is a hardware wallet. Growing their crypto assets while remaining conveniently and safely secure Additionally, Binance has invested in it and is supporting it.

It looks like an MP3 player. When signing transactions, a camera scans QR codes while the D-pad beneath its color screen is used to navigate the various menus. (Except for the connection used to charge the battery and receive updates, which is wired) It has no other connections. The SafePal is almost completely air-gapped; following updates, its only interaction with the outside world is through the information shown on the screen.

The fact that the device is almost never plugged into a computer that is connected to the internet eliminates many attack vectors. This does compromise usability, though, as using money is a somewhat cumbersome process. Users connect the wallet to a smartphone app, and then use QR codes to communicate between the two.

Nevertheless, the SafePal is portable and practical to use while on the go due to its compatibility with smartphones and lack of cables. The device requires a PIN code to be entered, just like the majority (if not all) hardware wallets today. Either a 12-word or a 24-word seed can be generated by the user.

The SafePal’s fragility is by far its biggest drawback. But on the other hand, it’s one of the least expensive hardware wallets on the market.

How To Setup And Getting Started With Safepal

I’m impressed by the screen’s quality when I first turn on the device. It can fit about 30 words at a time and is simple to read. By pressing the central “OK” button, I choose the appropriate language before skipping a brief tutorial on how to operate the gadget. It’s time to set up a new wallet and come up with a mnemonic phrase after that.

At this point, readers have the option of reading more about mnemonic phrases, their significance, and potential risks. This makes good use of the large screen and is not possible on the majority of other hardware wallets, like the Ledger Nano S. I click past this to reveal my mnemonic phrase, which appears five words at a time. I note it down.

After that, I must confirm the phrase. You must do this for each word in the 12, 18, or 24 word phrase (depending on what you choose) by selecting the best word from five alternatives. The procedure is comparatively painless.

I need to give the device a PIN next. The SafePal S1 fails to deliver in this area. The up arrow is frequently inoperable, at least on my device. This results in a series of numbers being accidentally pressed. The delete button is located at the bottom of the screen, and every time I try to delete a number and then move back up to the desired number, it frequently chooses another incorrect number, returning me to the delete button.

How To Use The Device

I use my set-up SafePal S1 to make a QR code that displays my Ethereum address. I then transmit some ether. The SafePal app shows it up fairly quickly, but since the device is not online, it is not possible to view the wallet balance.

Although there is no autofill for entering the highest amount, sending cryptocurrency out of the wallet is also fairly simple. I manually enter the address and amount, but I have to use the device to scan my phone before sending it, and vice versa. Until I have to type my PIN code again, it isn’t a major inconvenience. Yuck. But it works.

First, click “Receive” on the SafePal mobile app to receive coins from another wallet. Next, the app will display your public keys; you can also scan it with a QR code.

The SafePal is a fairly recent addition to the hardware wallet scene and unquestionably stands out. The SafePal is a cost-effective and transportable cold storage option that has the support of organizations like Binance Labs, Trust Wallet, and the Litecoin Foundation.

Even though it’s one of the more affordable options, it’s easy to use and has some cool features. Users should carefully backup their seeds because, as is to be expected, it doesn’t feel as secure as devices like a Ledger or a Cobo Vault.