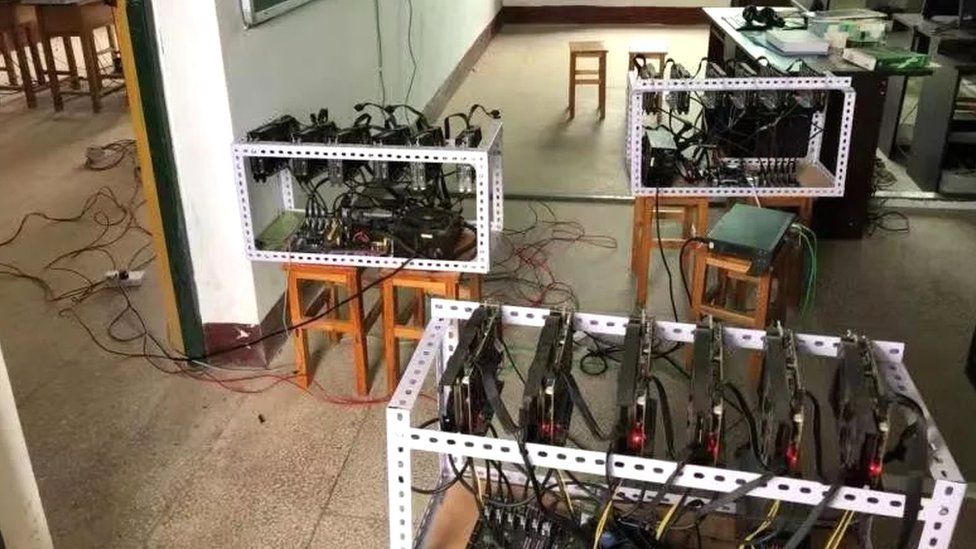 Bitcoin and several other cryptocurrencies use the mining process to create new coins and confirm fresh transactions. It involves sizable, decentralized networks of computers that operate all over the world to secure and verify blockchains, the digital ledgers that record cryptocurrency transactions. Computers connected to the network receive new coins in exchange for using their processing power. The blockchain awards the coins, the miners secure the blockchain, and the coins give them an incentive to secure the blockchain.

How Does Mining Work?

Bitcoin and other cryptocurrencies can be acquired using one of three methods. You can buy them on an exchange like Coinbase, receive them as payment for goods or services, or virtually “mine” them. Here, using Bitcoin as an illustration, we’ll explain the third category.

Perhaps you have thought about trying bitcoin mining for yourself. Anyone with a decent home computer could participate ten years ago. But as the blockchain has expanded, more computing power is needed to keep it running. (By a lot: When the first blocks were mined in January 2009, it took 12 trillion times as much computing power to mine one bitcoin as it does today (October 2019).) Because of this, it is unlikely that amateur bitcoin mining is now financially rewarding for hobbyists. Nowadays, specialized businesses or groups of people pooling their resources almost exclusively perform mining. However, knowing how it functions is still beneficial.

Why is Mining Important?

Mining is essential to the security of cryptocurrencies like Bitcoin in addition to putting new coins into circulation. It secures and verifies the blockchain, enabling cryptocurrencies to run as a peer-to-peer decentralized network without the need for external supervision. Additionally, it gives miners a reason to contribute their computing power to the network.

How to Start Mining Cryptocurrencies

Cryptocurrency mining requires computers running specialized software created to solve challenging cryptographic mathematical equations. Early on in the development of the technology, a basic CPU chip on a home computer could be used to mine cryptocurrencies like Bitcoin. However, because of the escalating levels of difficulty, CPU chips are no longer useful for mining the majority of cryptocurrencies.

Today, mining cryptocurrencies requires a specialized GPU or an application-specific integrated circuit (ASIC) miner. A trustworthy internet connection must also always be available for the mining rig’s GPUs. A crypto mining pool that is available online must also be a member for each crypto miner.

Different cryptocurrency mining processes demand varying amounts of time. For instance, CPU mining was the preferred method in the early days of the technology. Given the high costs of electricity and cooling as well as the general increase in difficulty, many people today believe CPU mining to be too slow and impractical because it takes months to earn even a small profit.

Another way to mine cryptocurrencies is with a GPU. By grouping several GPUs under a single mining rig, it maximizes computational power. A motherboard and cooling system are necessary for the mining rig in order to use GPUs.

Cloud mining is growing in popularity as a result of the ever-rising costs of GPU and ASIC mining. Individual miners can use cloud mining to take advantage of the resources of large companies and specialized crypto-mining facilities.

To improve their chances of discovering and mining blocks on a blockchain, miners can pool their computational resources by joining mining pools. If a mining pool is successful, the reward is divided among the miners in accordance with the resources they each contributed to the pool.

Despite the fact that the majority of cryptocurrency mining software already includes a mining pool, crypto enthusiasts are now also collaborating online to build their own mining pools. Miners are free to switch pools whenever they want because some pools offer greater rewards than others.

Because they regularly receive updates and technical support from their host companies, official crypto mining pools are viewed by miners as being more dependable. The most effective resource for finding mining pools is CryptoCompare, where users can compare various mining pools based on their dependability, profitability, and the coin they want to mine.

Is Crypto Mining Worth It?

Several factors determine whether crypto mining is profitable. The mining rig’s hash rate, electric power consumption, and overall costs should be taken into account regardless of whether a potential miner chooses a CPU, GPU, ASIC miner, or cloud miner. Crypto-mining equipment typically uses a lot of electricity and produces a lot of heat.

For instance, it takes an average ASIC miner about ten minutes and 72 terawatts of power to produce one bitcoin. As technology develops and mining becomes more challenging, these numbers are constantly changing.

Even though the machine’s price is important, it’s also crucial to think about the amount of electricity used, local electricity prices, and cooling expenses, particularly when using GPU and ASIC mining rigs.

In order to determine whether mining a particular cryptocurrency would even be profitable, it’s also crucial to take into account the cryptocurrency’s level of difficulty.